If you need to know more about this property, please leave us your telephone number and we will contact you as soon as possible..

Built in 1895, the building is located in the prestigious “Quadrat d’Or”, an area of Barcelona’s Eixample district renowned for its rich architectural and artistic heritage.

The 19 exclusive apartments are located in the historic building with a unique architecture and an excellent projection. Thanks to this, to its qualities and to its location in one of the most central, beautiful and cosmopolitan urban areas of the city, each of the homes will be considered by their owners as symbolic, prestigious and exclusive. Here you will find the beauty of forms typical of a historic building in the centre of Barcelona. A six-storey building that now, thanks to its evolution, is presented as an example of modern contemporary architecture. The culmination of a lifestyle concept in which the spaciousness and height of the apartments, the natural light, the aesthetic strength, intelligent distributions, the generosity of its common areas and exclusive services, and the excellence of its materials, make up an exciting, subtle, elegant whole. The homes are positioned as spaces of high standing that transmit an urban ideal of design, projection and symbolism for their owners, who can now decide the size and scope of their property investment. With the security of being in front of a unique and spectacular product, nowadays, in the Condal City.

In this way, the premium services offered by this development are at the forefront of comfort and excellence and within the reach of very few. That is why they attract people who are looking for differential values in their investments. People who are looking for a modern environment and an iconographic “house-space” where concept, history, location and architecture become a perfect support for their daily life. 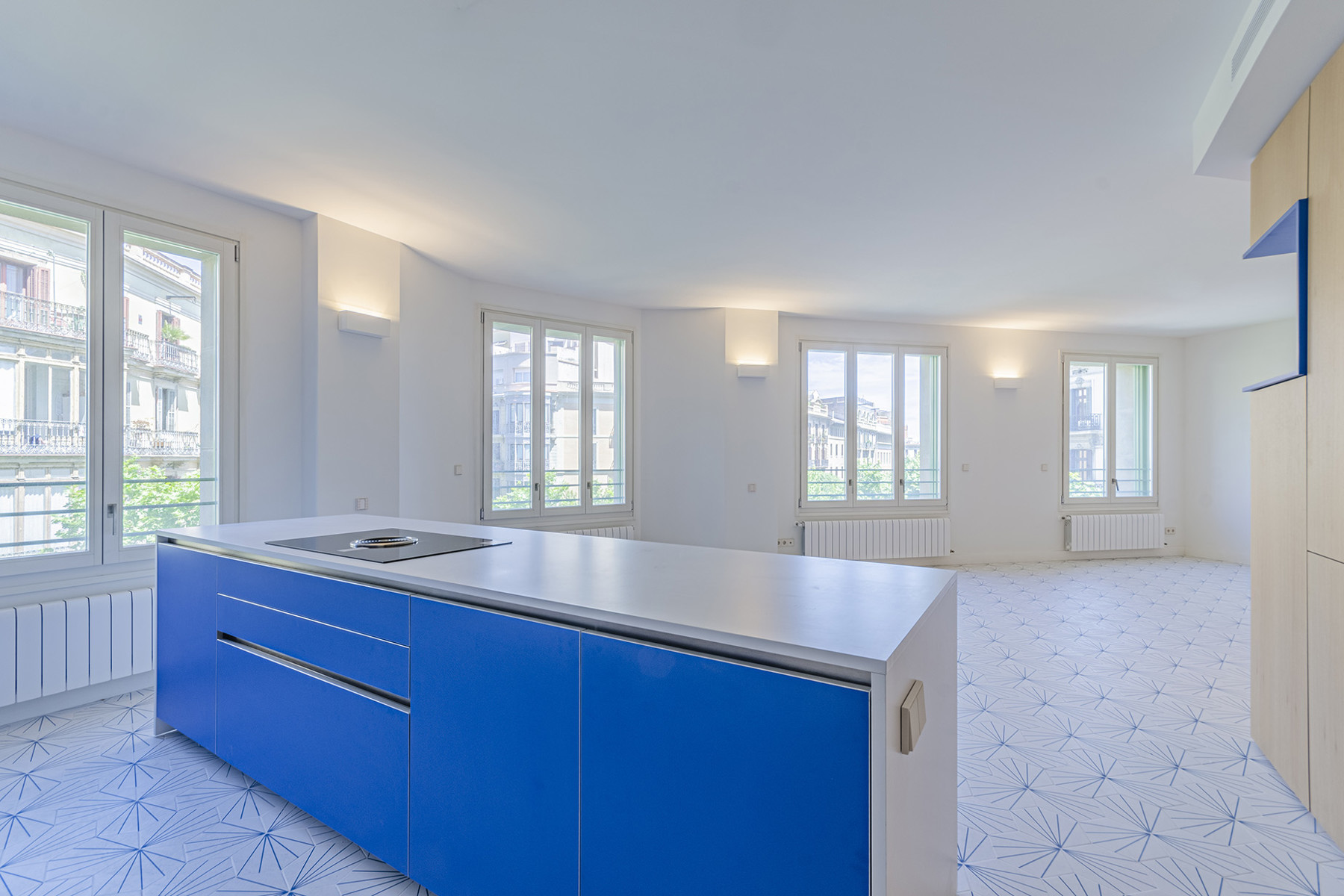 More about the development

Luxury development in one of the best areas of Eixample Dreta

Go back to the Development

The Eixample district is the most emblematic of Barcelona since the nineteenth century. Of a renowned model urban planning devised by the engineer Ildefons Cerdá, Eixample marks the epicenter of the city from its main streets: The luxurious Passeig de Gràcia, the commercial Rambla de Catalunya and the updated Passeig de Sant Joan, housing the majority of the modernist architectural icons, such as La Sagrada Familia, La Pedrera or La Casa Batlló of the great Antoni Gaudí. It is a large, quiet but exciting  residential area with extremely convenient commercial activity, designed to respect the privacy of the homes.

The Catalan modernist architecture so characteristic of stately airs, but with great cosmopolitan touches, extends throughout the neighborhood to the delight of those who wish to live modernism from within, since it is possible to acquire homes within regal estates with valuable original architectural elements, period pieces and even historical and protected.

Schools, squares, wadis, parks, stores and restaurants give dynamism to the area that differentiates the Right from the Left, both with wide uniform streets, octagonal islands and wide island interiors that mark the internal distribution of buildings and homes. You will mostly find buildings of strong bricks, floors of generally wide dimensions, medium or high ceilings, with balconies that give to the wide streets or the inner patios of the Cerdá Plan.

Keep in mind this living in the Eixample district, if you are looking for a neighborhood where you can have everything within walking distance or very well connected to public transport, both basic and luxury stores, trendy restaurants or even your workplace among the many offices and stores, this could be your neighborhood.

If you want to walk among the iconic monuments of the city, with the comfort of equal distance to any other point or neighborhood in the city. Consider Eixample if you are a lover of modernist, stately and typical Catalan architecture and a high street feeling. If you want to live in the vital and cultural epicenter of Barcelona, where everything happens.

Property, completely reformed, located in a property of 1890, with original details typical of the Eixample district. Located in one of the areas where it best preserves the authentic profile of the neighborhood that Idelfons Cerdà designed, with its quiet...

Bright flat in the center of Barcelona

In the Plaza Universidad we find this beautiful apartment overlooking the same square and facing the sea in the sleeping area. The house, of 200m2, consists of three double bedrooms and a studio. All of them with large amplitudes and...

Elegant and spacious apartment on a high floor

This spacious and bright family apartment in a perfectly maintained classic building with elevator is located on a high floor on one of the main streets in the center of Barcelona and is surrounded by services, restaurants, shops and entertainment...